BERLIN / HAMBURG (w & p) - 8 April 2013 - Cabin in a new light: All the Germania Boeing 737 jets are the future go with an innovative LED lighting system. The Berlin airline and American lighting manufacturers Bruce Aerospace have entered into an agreement. After all Boeing 737 aircraft are equipped with an innovative "plug and play" LED system. It includes not only a two-colored ceiling lighting in blue and white, new "Sidewall Lights."

The Berlin airline is the launch customer for the new product "XLume ™ LED Boeing 737NG" by Bruce Aerospace world. Late last week, the Federal Aviation Administration (FAA) had issued the so-called "Supplementary Type Certificate" (STC) for the light system, which is necessary as the official approval for the retrofitting of Boeing jets.

With a service life of approximately 60,000 hours per LED light component Germania achieved by the new lighting system not only savings in comparison to the previous labor and material costs for replacement of conventional lights. At the same time, the Boeing jets are still more fuel efficient way, since less jet fuel is consumed by a lower weight of the lighting system and lower power consumption.

The retrofitting of Boeing aircraft with an innovative LED lighting system is one of Berlin's numerous investments in their airline fleet. Last year, Germania had already announced the installation more convenient "Piuma" seats of the Italian Geven manufacturer. It is extra lightweight seats of the latest generation, which are very light and comfortable. In addition, Boeing jets receive a digital in-flight entertainment system in HD quality.

In addition, the exterior painting of all Boeing 737 jets has been adjusted to the current appearance of the Germania Airbus A319. The core of the current outer appearance is an advanced company logo on the tail fin, which exudes dynamism and a rotating, shiny globe symbolizes. Parallel to the planes were equipped with winglets. By striking the wing tip jets consume less fuel and are more energy-efficient way. 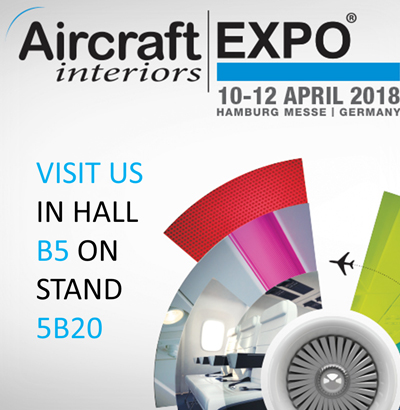 Proudly manufactures components and systems in the USA from our advanced facility in Dayton, Nevada.